GSS in the congress against unwanted loneliness in Spain

In the framework of the Course “The fight against unwanted loneliness of the elderly in Spain”, organized by the Menéndez Pelayo International University, which is being held in Santander (Spain) from 2nd to 6th September 2019, GSS has presented its participation in the European WellCo project.

The presentation has been made by Benedicto Caminero Pérez, Technical Director of Care for the Elderly and People with Disabilities of the Social Services Management of Castilla y León (GSS).

This course, which is directed by Manuel Martínez Domene, General Director of Imserso (Secretary of State for Social Services), tries to address the fight against unwanted loneliness of the elderly. This phenomenon of unwanted loneliness is felt by this group as one of their most important problems, becoming a challenge of great relevance that requires public attention.

The Imserso, in the last 2016 Report on the Elderly in Spain, shows that 22.37% are a sole proprietorship, which mainly occurs when widowhood comes and the person stay at home without company. Living alone or sharing the home only with the couple is a reality that has been expanding in Spain for decades, as well as in other western countries: residential independence between generations, to the detriment of living with children or other family members.

There are currently more and more ambitious policy initiatives aimed at fighting against this problem, which will be exposed in this course, but it is necessary a greater involvement, organization and public budget for the implementation of comprehensive monitoring, control and support programs for older people who remain in solitude at an advanced age, in close collaboration with NGOs and the social and health care service providers.

The Imserso, as a State Reference Entity in the field of social services in Spain, raises these days with the objective of establishing a State Network for collaboration in the fight against unwanted loneliness of the elderly. 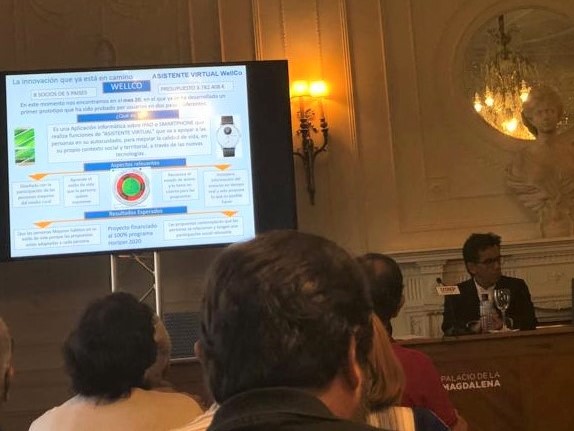